Encountering with one musician often leads me to another musician who is drawn to my passions. In this way I came into contact with a valuable and very successful musician from Croatia. His name is Nino Samanich. He lives and works in Mexico City … Here’s his story …

My name is Nino Samanic. I am a Croatian native arranger, producer and composer. I started my music career at the age of 12 at ‘Ivan Matetic Ronjgov’ music school in Rijeka where my main focus was classical guitar. After graduating above mentioned music high school, I auditioned for Berklee College of Music. After being accepted and given scholarship, I moved to Boston where I spent next 4 years studying and collaborating with enormous amount of talented musicians.

After graduation, I’ve worked as a music teacher in ‘Boys and Girls Club of Boston’ for a year and soon after moved back to Croatia where I worked with Tonci Huljic and Croatian local scene as an studio assistant, arranger, composer and performer. Aside working in the professional music industry, I’ve held seminars in music schools. This time focusing on music production, sound synthesis, reharmonization etc.

Soon after I moved to Berlin, Germany, where I worked as a freelance arranger/composer and over there, I co-founded a band Dakota’s Magic with a dear friend of mine, producer and engineer Lu Garibay. 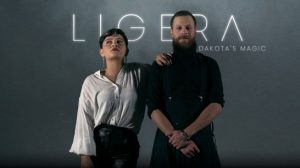 Mid 2017 we both moved to Guadalajara, Mexico where we launched our own synth pop project called ‘Dakota’s Magic’. Aside Dakota’s Magic I’ve been honored to work as an arranger and/or producer for many industry professionals all over the world such as – Grapevine Babies (a Croatian funk band with whom I’ve released 3 songs EP ‘Funkle Ben’s Sex Potion’, a single ‘Hell’s Kitchen’ and recently a full Album ‘FBSP’), Ajda Stina Turek (with whom I’ve released EP ‘Sonder’ and been honored to receive ‘Akademia’ award in Los Angeles for the best new jazz EP), Ana Tuiran (Mexico City based singer-songwriter with whom I’ve worked as an arranger on her EP ‘Live at hideaway’ and am in the process of releasing a full album, sometimes, this year), Brian Elliot (Nashville based singer-songwriter with whom I’ve worked on his upcoming 6 songs EP), etc. With my own band ‘Dakota’s Magic’ I’ve released 2 live session videos, one official music video, 3 singles, 4 songs EP and am in the process of 2 singles release scheduled for May 2020 and July 2020.

I am currently residing in Mexico City where I’m continuing to work with on new material for my own band and on side projects in various genres such as – synth wave, metal, industrial, pop, synth pop, hip-hop, jazz and continuing teaching private lessons primarily focused on – guitar, music theory, sound synthesis, arranging, production and composition.