George Avramidis Biography – George Avramidis was born in Thessaloniki (Greece) and grew up in the city of Giannitsa (Greece). In 1998 he joined (became a member) the National orchestra of Northern TV organisation whilst cooperating in the National opera orchestra and the Municipal orchestra of Thessaloniki. In 2004 he collaborated in Yiannis Aggelaka‘s “Episkeptes” album and later he also collaborated with Dimitris Baslam in his musical “Fairy Tails” which were narrated by Antonis Kafetzopoulos. From 2010 onwards, George Avramidis remains a member of “EKMEK” musical group. Furthermore, he has recorded in hundreds of discography works until 2013 when his first personal album under the title “Protocol” was released followed, by a second album “Voyager” in 2016. Both of which were recognised and appraised on various international radio stations such as BBC Radio. From 2015 and until this very day, George Avramidis remains a member of “100°C“, Yiannis Aggelaka‘s band. 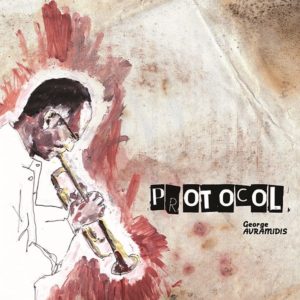 “This is the first solo album of trumpet player George Avramidis. A blend of new jazz sounds, influenced at times by trumpet player Erik Truffaz and his quartet, and at the same time by more african oriented artists like Richard Bona. The brass behavior travels from a late 60’s soul contour, to the uniqueness of Charles Mingus brass lines. Seven compositions, born and raised inside the trumpet player’s body and brain. A close encounter between the artist and his sound, a relationship willing to lose all privacy and be shared at all times. It is a one way path anyway; once you blow, breathe, clap your hands or hit a foot on the ground, the sound doesn’t belong to you anymore…” Music by – George Avramidis 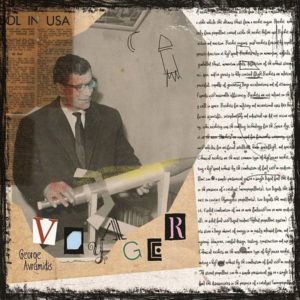 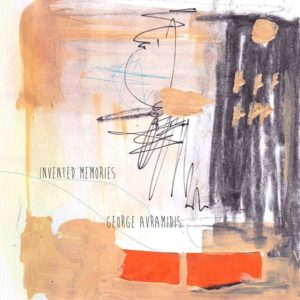 This album will be selections from his previous two discs, “Protocol” and “Voyager” plus new material from the upcoming album due to be released soon.