Chicago-native, Sara Niemietz, moved to California over a decade ago, in search of creative opportunities. Since then, she has starred on Broadway (Carol Burnett’s Hollywood Arms), appeared in television and film (Akeelah and the Bee, Glee), recorded vocals for many scores and projects, released four albums, sang in Times Square before 50,000 people, and spent countless hours honing her craft.

In 2011, Ellen DeGeneres saw one of Sara’s videos and invited her to sing on The Ellen Show. That year, Richard Marx and Sara began a series of collaborations. She appeared on his A Night out with Friends CD/DVD set, as well as his Christmas Spirit record.

In 2012, Sara collaborated with Emmy-award winning composer, W.G. Snuffy Walden, and released a new EP, Push Play. The two recorded another collection of Christmas songs, Christmas Favorites, which became available later that year. A few months later, BJ Thomas invited Sara to Nashville to record on his new album, The Living Room Sessions (released in Spring of 2013). Her writing and singing also appear in the end titles of several recent films (Mickey Matson and the Copperhead Conspiracy, In the Key of Eli, and Stetson: Street Dog of Park City).

In 2013, Sara was thrilled to return to the Mark Taper Forum to play the role of Wanda in Enter Laughing, a one-night production, fundraiser, and tribute to Carl Reiner. That year, she was also invited to sing with BJ Thomas at the Grand Ole Opry. Her songs were heard on Delta Airline’s in-flight Singer-Songwriter channel for the duration of the summer. Sara’s rendition of “Turn! Turn! Turn!” was heard in the 2014 season of Under the Dome.

Sara was honored to reprise the role of Wanda in the sold-out run of Enter Laughing at the Wallis Annenberg Center for the Performing Arts in 2015. Melissa Manchester and Sara recently co-wrote “Feeling for You“, the first single from Melissa’s new album, You Gotta Love the Life. Sara’s rendition of “At Last” was featured in ABC’s Scandal Season 5 promo and her newest EP of original songs, Fountain and Vine, was released. Sara was excited to join Postmodern Jukebox for two European tours, performing in over thirty countries, and their US tours of over thirty states. Her videos with Postmodern Jukebox have garnered millions of views.

In 2017, Sara released her newest single, “Monroe“, and began traveling to spread her new music in live shows. Sara enjoys playing guitar, bass, and piano, and is often engaged in both singing and writing sessions. She can be frequently found in her natural habitat: live shows.

Now that you’ve read her story, Sara hopes to tell you more some day soon – perhaps in the first person. 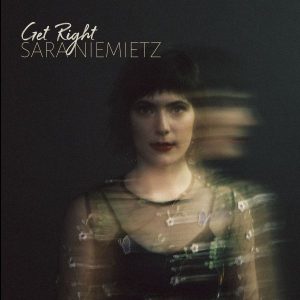 I accidentally bumped into Sara Niemietz music by following a YouTube link posted by a Facebook friend of mine. From the first minute, I was fascinated by her voice. She sings the way other singers sang at a time when the world’s top charts were ruled by real singers. Punk, hip hop, and especially hard core and similar music styles, have brought a new flair, but they have brought beautiful singing to history.

My enthusiasm for the work of this artist is greater because she is, for the most part, the author of the songs she sings. This is not so common, and a musician of such abilities has a great advantage over his competitors. Sara was assisted in the accomplishment of this project by W.G. Snuffy Walden, the collaborator who gave her songs a definitive and recognizable shape. William Garrett Walden, known as W.G. Snuffy Walden (born 1950), is an American musician and composer of film and television soundtracks. Walden is an Emmy Award winner for the theme music to The West Wing (NBC), has been nominated for numerous Emmys throughout his career, and has received 26 BMI Awards. Sara couldn’t have chosen a better associate.

Succeeding in the US music market is a big and very challenging task. Many dices have to be stacked in order for a musician to achieve deserved success. Sara is on her best path to conquering that US music space, and even more so, to impose herself on a global scale. They were alive, so saw.