Ori Jacobson is a saxophone player originally from Tel Aviv, Israel. Ori started playing the saxophone at the age of 10 after few years of playing classical piano. Ori is focused on jazz studies and has been learning with Gan Lev (lead saxophonist in the Israeli Philharmonic Orchestra). Has also studied at Thelma Yellin high school of arts in the jazz major. Has attended Dave Liebman’s workshop in Pennsylvania. In 2011 Ori won an excellence scholarship in the Tel Aviv Conservatory of Music and has won the young ensembles Red Sea Jazz Festival competition 5 times. Has toured in Vienna (Austria), Stuttgart (Germany) and performed in the ‘JEN’ conference which took place in Kentucky, United States. Ori was accepted to a new program for excellence jazz musicians at “Rimon School of Music“. In 2013 he participated in a group of musicians in a month tour to the US with clarinetist Anat Cohen. Since then had studied in the most prestigious institution for jazz in the world: Berklee College of Music gained Bachelor’s and Master’s (Magna Cum Laude) with an award of full tuition scholarship for both degrees.

Ori has played at some of the most well known stages for jazz such as North Sea, Montreux and Red Sea Jazz Festivals. He is currently leading the Ori Jacobson Quartet while playing as a sideman with legendary NYC trombone player, Luis Bonilla, in the JM Jazz World Orchestra. 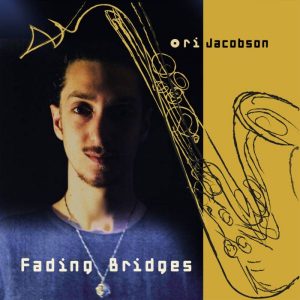 Ori is, in the fullest sense, the man of the world – he is from Tel Aviv, Israel ; he lived in Boston, Massachusetts, USA (since August 21, 2014) and in New York, New York, USA (since August 24, 2018) and now he lives in Berlin, Germany (since November 28, 2019). This fact also resulted in his extensive knowledge of modern movements in the field of world jazz music.

The world jazz music scene has changed a lot in the last few decades. Young and educated jazz musicians, while searching for their place in this very demanding music scene, have paved the way for themselves by offering some new concepts. In any case, they had to be original in order to distinguish them from the established jazz schemes. Ori Jacobson is one of them. Although he only recently graduated from famed Berklee College of Music, Ori has already blended in with the world of top jazz thanks to participation in the JM Jazz World Orchestra – the world’s premier international youth jazz orchestra, comprised of 18 young professional jazz musicians selected through global open auditions by an international jury. The band works with some of the planet’s finest conductors and tours annually, appearing at prestigious European venues and jazz festivals. In July 2018 the JM jazz World Orchestra, led by internationally acclaimed US trombonist, composer and educator, Luis Bonilla, brought the global future of jazz music to the Balkans for 7th European tour. Young musicians representing 12 different countries and and 6 different continents toured Macedonia, Bulgaria, Croatia and Slovenia… Also, Ori played with numerous musicians. For us in former Yugoslavia, the list of his collaborators is quite rich including these musicians – Vladimir Samardžić, Ajda Stina Turek, Nino Samanic, Vid Jamnik, Pera Krstajić, Andrija Gavrilović, Joe Kaplowitz, Sara Jovović…

About his debut album, Ori stated – “The concept of the album is based on my life story – to bridge the worlds of Jazz, Arabic and Jewish music while finding an authentic voice as a composer and saxophonist in the current jazz scene. This music has been recorded as part of a Master’s thesis research for Berklee Global Jazz Institute, inspired by my mentors – Danilo Perez, Joe Lovano, George Garzone, Dave Liebman and Simon Shaheen.“

In the last four years I have reviewed about 170 jazz albums. A few of them, including the album “Fading Bridges“, managed to delight me at the first listen. All Ori learned during his education, complemented by his experience as a world traveler, he sublimated into 5 compositions from his debut album. Of course, his colleagues made a big contribution – Lefteris (piano), Henry (double bass) and Eviatar (drums). Together, they all act as a perfectly unified entity that equally shares the burden of arrangement requirements.

Don’t be confused by the terms jazz arabic and world music. There are some clues as well, but I classify this music as contemporary jazz. More and more young jazz musicians are playing modern jazz that will one day be called traditional jazz. The title of this album, “Fading Bridges“, describes that the bridges (differences) between the world jazz music are fading.

History is a cyclical process and all of this will one day be the past. It is important to do your best in the field you are dealing with so that you will never be ashamed of times past. Ori is an aspirant at the beginning of his music career. Given a great start, the sequel can only get better and better.