Puta Volcano is a band (from Athens (Greece) with a particular sound which erupts from the combining of desert, volcanic and psychedelic sound elements. Heavy. When Luna Stoner, the band’s singer gets going, she’s gritty, greasy, angry, throaty, and sexy. It’s not hard to come to the conclusion that like an amp driven too hard and into distortion, she’s doing the same thing with her voice. Puta Volcano walk a fine line between the mainstream and the underground with a superb album of well constructed rock songs that takes the promise heard on their previous releases to a whole new level. Puta Volcano took their name from the volcano Putana which is located on the border between Bolivia and Chile, in order to define their sound and their impulse when they are writing their music.

Puta Volcano unleashes their sophomore full length album. “Harmony of Spheres” is a “sophisticated” disc in all the good meaning of the word. Puta Volcano trumpets mercilessly between grunge, stoner and psychedelia, editing these three genres, filling the melodic moments that blend brilliantly with the loud strides of the charming Luna Stoner, while the guitars scratch in concert with a sound and robust rhythm section launching the eight tracks into space. Their “volcanic rock” has substance and content even in moments when the tones are lowering to take off again. Progressive flashes also have a discreet position on some points, tied to the overall effect. “Harmony of Spheres” does not have the slightest tedious moment, it’s an album that convinces from the very first listening, with lyrics of fugitive, traveling and… spacecraft.

Puta Volcano: term referring to a musical entity known for extravagant lengthy recording sessions, reaching down within to find truths about the spirituality of goat cheese and its place in the universe. May include guitars, beating of drums, bass and certain female vocal frequencies. When their  experiment called “The Sun” rose above the Greek landscapes from whence it came, it brought with it tumbleweeds and sand. And ears were pleased as its rays were used to warm the Terra Vibe stage in preparation for the Black Keys at the Rockwave Festival.

Album, “Harmony of Spheres“, their latest “all-boom“, tackles the eternal question about life, the universe and everything. Paying close attention to the eerie voices of the 8 (or 9) planets in our solar system, they came up with 8 (or 9) answers. From now on, you are able to use your ears to find out for yourself if they found out anything about anything, or deliberately attempted not to. 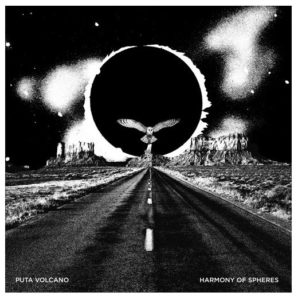 Rock music has become planetically captured and known since the moment when it transcended the Anglo-Saxon speaking area. It’s normal that rock have been played in America, Europe, Australia … In my research, I found rock music in Africa, Asia… The peak of my surprise was when I got a CD with rock music played by members of Aboriginal people (from Australia). The second question is how much we are “aware” of the range of rock music. This is already in the sphere of our interest, openness to something new, exploratory spirit …

When it comes to the Greek rock scene, I’m not sure that most of us know anything more than for the Aphrodite’s Child group. I’ll admit, and I’m among those. Therefore, it is my great pleasure, I am honored, that thanks to the intervention of my friend from Macedonia, Vasja Ivanovski, I got for the review this CD with the music of the Greek group Puta Volcano (sent by Mihalis Kaloudis).  Thank you Vasja, thank you Mihalis.

Puta Volcano is a band that “speaks” the pure language of rock music. I meant to say, they do not differ from the other bands from the world music scene. They have retained universality in their musical approach. Speaking of their own music – superlatives can not be avoided. Their sound is solid, crystal clear, rhythm is very strong. This is, without doubt, the music that is being accepted for the first listening. Puta Volcano band you love at first hearing or not. The phrase – nomen est omen – fully corresponds between their name and their music. Their music is eruptive as the volcano they have been named after.

The conclusion – good music will, sooner or later, find a way to reach somebody which will fully respect it. There were a good will and some actions needed by Vasja and Mihalis that, in the case of the Puta Volcano group, it happened a little bit earlier. I will be very happy if this review encourages some other rock groups from Greece to contact me. The more we know each other, the better we understand ourselves. 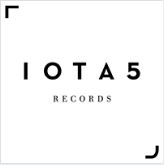