Fallen Mankind is one of the next high talented Power Metal bands that Sweden delivers us. The five musicians convince with their dystopic style and fit perfectly with the music of Bloodhound, Armored Dawn or Nocturnal Rites. The ten varied songs on their debut album “Bleak Ocean“ were mixed and mastered by Daniel Gese at his Realtime Recording studios (Bloodlust, Casanovas, Satana). The album which deals with the topic of a desolate world that is dominated by corruption and egoism, is released on 16th of June 2017 through Dr. Music Records. 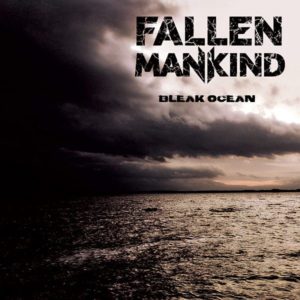 Fallen Mankind were founded in 2010 in Norrköping and after a few line-up changes, they formed over to the current line-up consisting of lead singer Mats Hedfors (ex-Red Baron), the both guitarists, Tommy Böckert and Robert Karlsson (Misericordia, Wardenclyffe), as well as Kardac Cidh (ex-Warhammer) on the bass and Kent Jonander (Recuded To Ashes) on the drums. Together they created catchy and demanding songs like “Obliteration“, “Murder She Screamed“ or the intensive “Shine“. Driven by the distinctive and powerful voice of front man Mats Hedfors, Fallen Mankind succeeded the creation of classic and melodic Heavy Metal hymns, which will surely be admitted by the international Heavy Metal scene.

“Freedom Calls“ with its epic beginning and the emotional intention shows that Mats Hedgers is able to reach higher notes. Even songs like the bizarre and melodic “Bury Me Alive“ or the fast and hard title track of the album or even the finale with its symphonic and ambient piece “Unknown“ proof that this is a special debut album. The extraordinary band photo in the booklet was made by the Swedish photographer Staffan Lindroth. The artwork on the other hand was made by guitarist Tommy Böckert and was arranged in a dark and moody style. For “Bleak Ocean“ the band has already released a lyric video, which reflects the dark and sad emotionality of the track as well as of the entire album and presents a good first impression of the sound. The lyric video for the song “Phoenix Rise“, which was released on the 31th of May 2017, shows the militant meaning of the song in likewise martial and warlike pictures. Anyone who is familiar with the mentioned bands of the younger generation as well as the long-established warriors like Jag Panzer, HammerFall or Morgana Lefay should give this quartet a try. They are coming closer to their goal to create a unique sound. Now it’s time to bring their great music on international stages. “Bleak Ocean“ will surely open a few doors for them. The organizers of festivals like the ProgPower, Leyendas Del Rock or Bang Your Head should put them on their lists for the line-up of the next few years. 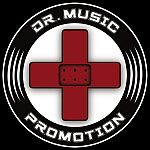