“My name is Thanos Stavridis and I am an accordion player – composer in the field of the Balkan – world and jazz music scene, from Greece. Over the last 20 years I also took part as a session musician on many recordings (more than 100 CD’s) and concerts, with collaborations with many well known artists from both jazz and art (entechno) music genres as well as with various theater groups.“

Thanos Stavridis was born in Langadas, Thessaloniki, Greece. He took his first steps in learning accordion at the age of six. He studied music theory and holds degrees in Harmony, Counterpoint and Fugue. He also attended saxophone courses and reached the diploma level. He graduated from School of Music Studies of the Aristotle University of Thessaloniki with a degree in Ethnomusicology. His Graduate Thesis is entitled “Accordion and its technique as used by music troupes of Eastern Rumelia refugees in Greece“.

In his early undergraduate years he began playing accordion professionally at many music stages and haunts of Thessaloniki, performing rebetiko and various other genres of Greek music. During this period he also worked on Greek, and Balkan in general, traditional music, researching how accordion was used either as a solo or an accompaniment instrument. He participated in many folk music festivals both in Greece and abroad.

In 1999 he founded the choir of the Cultural Association of Langadas and he has ever since been conducting it. He works as an accordion teacher for conservatories in Thessaloniki and Athens. He has also given seminars abroad, teaching Greek traditional music. In the summer of 2015 he was a seminary professor of the same subject at the Accordion Festival in Syros Island. Ever since 2010 he teaches accordion as a temporary teaching musician at the Department of Traditional Music of the Technological Educational Institute of Epirus. He is a founding member of the Friends of Jazz Association and the Hellenic Association of Accordion Teachers.

His performance history includes collaborations with numerous artists from both – jazz and art (entechno) music genres as well as with various theater groups.

He was a founding member of the musical group Northern Partners and they performed in Thessaloniki for about 10 years. Their music style can be described as an unconditional blending of jazz elements with a range of highly expressive sounds that cover the whole field of Greek-Balkan tradition. The World Music Charts ranked their first CD album, “From Jazz to Tradition“, as No. 367 among 1005 world music recordings for 2005. He also cofounded Cabaret Balkan, one of the first Greek bands that worked on mixing Balkan sounds with modern electro pop-rock music styles.

The musical group dRom is his latest project. They approach Balkan music in an extra jazzy way.

In June of 2016 Kyklos Records released his first personal CD album, “A suitcase full of dreams”, a recording of his own music. 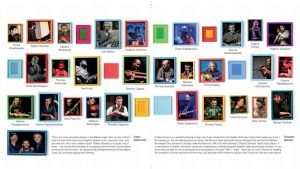 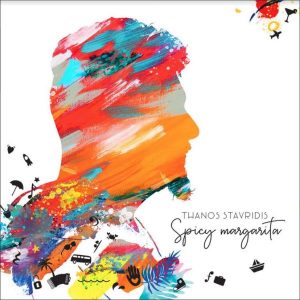 In the circle of many top musicians, in the “forest” of various instruments, plus music that attracts attention at the first listening – Thanos Stavridis and his colleagues, showed themselves in the best light. The call of music from the Balkans enriched with elements of jazz music is evident. Improvisation is ubiquitous, but also “controlled” – it does not come out of the basic musical formula that each of the presented compositions carries. Although the musical changes are constant – both rhythmic, melodic, and harmonically rich, you are never in an unknown field. Thanos Stavridis and his numerous company are always ready to provide us with a top musical experience.

The overtones of jazz are dictated by the musicians / instrumentalists involved here who have long since proven themselves on that musical expression. Since jazz is a top musical expression, as many claim, they have thus raised the bar of quality of all this musical material. But … not to the detriment of the influence of the rich Balkan musical heritage. The extent to which these two important elements are combined is balanced and does not conflict with each other.

The leading instrument in this musical material is the accordion held by Thanos Stavridis. He doesn’t just hold it – he plays that instrument masterfully, giving it a new, hitherto unseen dementia – both with emotion and a unique chorus.

I know I don’t need to, he will do it himself, but I would support Thanos Stavridis in his further music projects. If with this text I have interested someone to pay more attention to the artist, whom my heart and my judgment have praised so much (with full right, of course), I will be fully satisfied.